With increasing capabilities in smaller packaging, power densities are skyrocketing and as a result electronics cooling is one of, if not the most, popular applications of engineering simulation in the computer industry. From using FEA to overcome Coefficient of Thermal Expansion (CTE) challenges, to using CFD to optimize cooling systems while minimizing cost and complexity, computer simulation is the only way to optimize the layout and packaging of electronics.

In regards to heat transfer (technical term for "cooling"), there are three mains methods: conduction (solid-to-solid), convection (solid-to-fluid), and radiation (surface-to-surface). Here is a quick overview of the physics involved:

This occurs when a fluid is in contact with a solid. Typically the fluid in question is air for 2 main reasons. 1 - It is generally free ($) and readily available. 2 - It is thermally conductive but electrically insulating (unlike water, for example). There are two main types of convection: forced and natural. Forced convection is when the airflow is driven (forced) by a fan, and natural convection is when the airflow is driven simply by the fact that hot air rises, and therefore creates an air current. Generally speaking, forced convection is a cheap, easy, and lightweight way of cooling electronics. However, natural convection is quite effective when engineered properly.

This occurs when heat is transferred by means of electromagnetic waves between two surfaces or bodies, and generally becomes significant when they are in a vaccum or in very close proximity. It is quite prevalent in space (such as as when the sun heats the earth), but less so down here on earth's surface, where we are surrounded by a relatively dense atmosphere. The same applies to electronics. Generally speaking, heat transfer due to radiation can be neglected in the earth's atmosphere unless certain specific situations occur. The opposite is true in space - where the lack of air prevents cooling fans from doing their job.

When an engineer is challenged with designing a computer to operate both on ground and in space, they must design a cooling system that takes advantage of the physics of the each situation. That is exactly what we do at Fastway Engineering. We help our clients optimize their computer and electronic designs by analyzing the physics of the situation.

Contact us today to learn more about how Fastway Engineering can help you keep your electronics cool, whether they are on this planet or on their way to another one.

Subscribe to our Newsletter to keep your inbox cool! 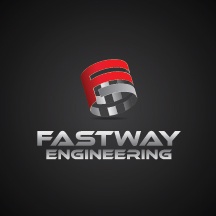